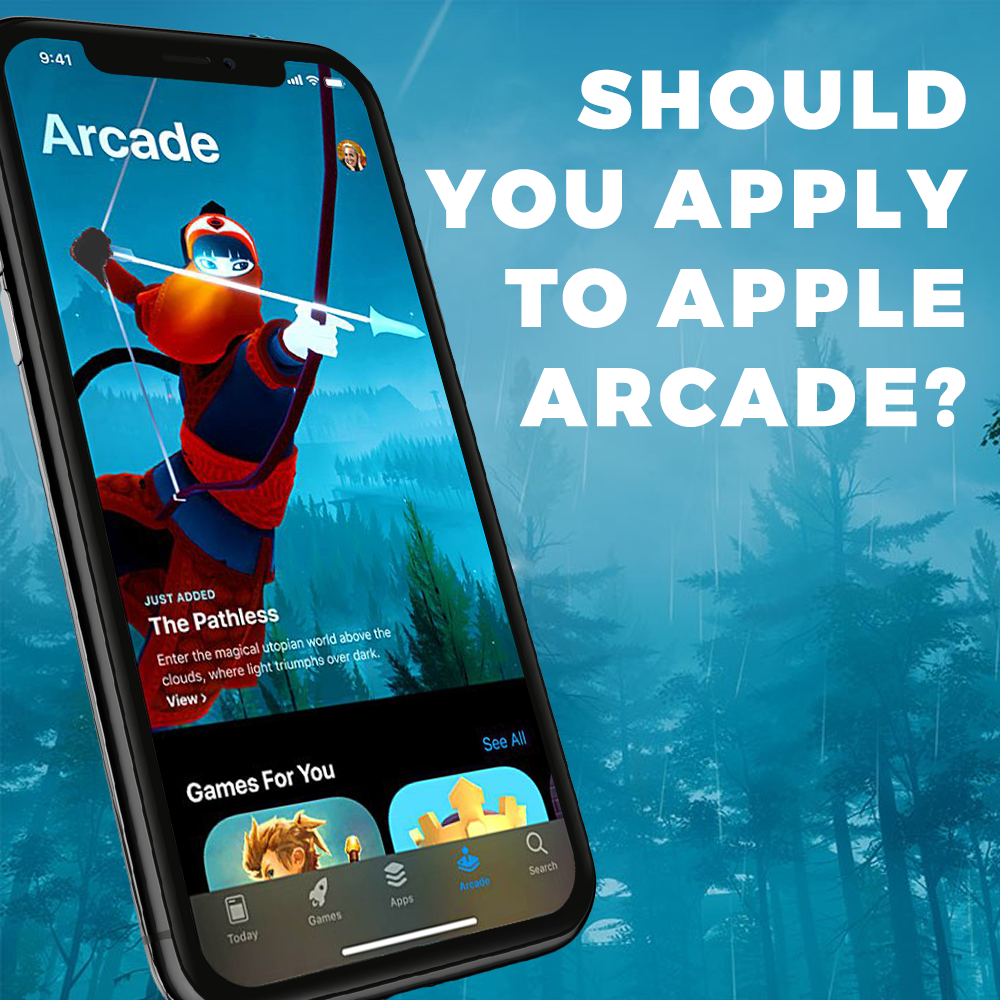 Should you apply for Apple Arcade?

Should you apply for Apple Arcade?

A few months ago, Apple launched their premiere gaming service, Apple Arcade. Apple carefully curates games to launch on the Apple Arcade platform, which costs $5.99/month. They tout their gaming service as containing “Games the redefine games.” Sounds pretty great, right? Any developer can pitch their game to Apple Arcade, but should you? Let’s look at Apple Arcade and some of the requirements for making it into Apple’s exclusive gaming platform

How does Apple Arcade work?

Not just any game makes it into Apple Arcade – you have to apply. One of Apple’s requirements for applying to Apple Arcade is that your game has to be unpublished on the App Store. The main point of having a game in Apple Arcade is that the game is only available through the subscription service.  Developers are paid based on the amount of time users play their game. If you’re interested, you can apply at this link on Apple’s website.

Is Apple Arcade right for you?

A part of the appeal is that Apple Arcade takes the guesswork out of having to come up with a revenue strategy. Users can experience a game in its entirety, without spammy ads or having to pay to unlock parts of the game and developers just have to get users to play the game. This was part of the reason why Ryan Cash, founder and creative director of Snowman, launched two games into Apple Arcade.

The biggest complaint for Apple Arcade from developers has been visibility. Apple has focused primarily on promoting the subscription service as a whole. Some developers feel like their games aren’t as visible, and some gamers feel like they get lost looking in Apple Arcade. While Apple Arcade had an impressive 100+ games when it launched, it’s added roughly 6 games per month since. We don’t know if this low number of new games is Apple’s choice, to keep exclusivity up, or developers’ choice.

The good news is that Apple Arcade games still display in Search Results, which means your ASO matters! Focus on organic rankings just as you would with a non-Arcade game.

So is Apple Arcade for you? If you’re a developer who wants to focus just on making an amazing gaming experience while still having a steady income, then you might apply. If you want more… flexibility?… with your app, then sticking with the App Store might be the way to go.

Apple Arcade or App Store – you could still use some ASO!