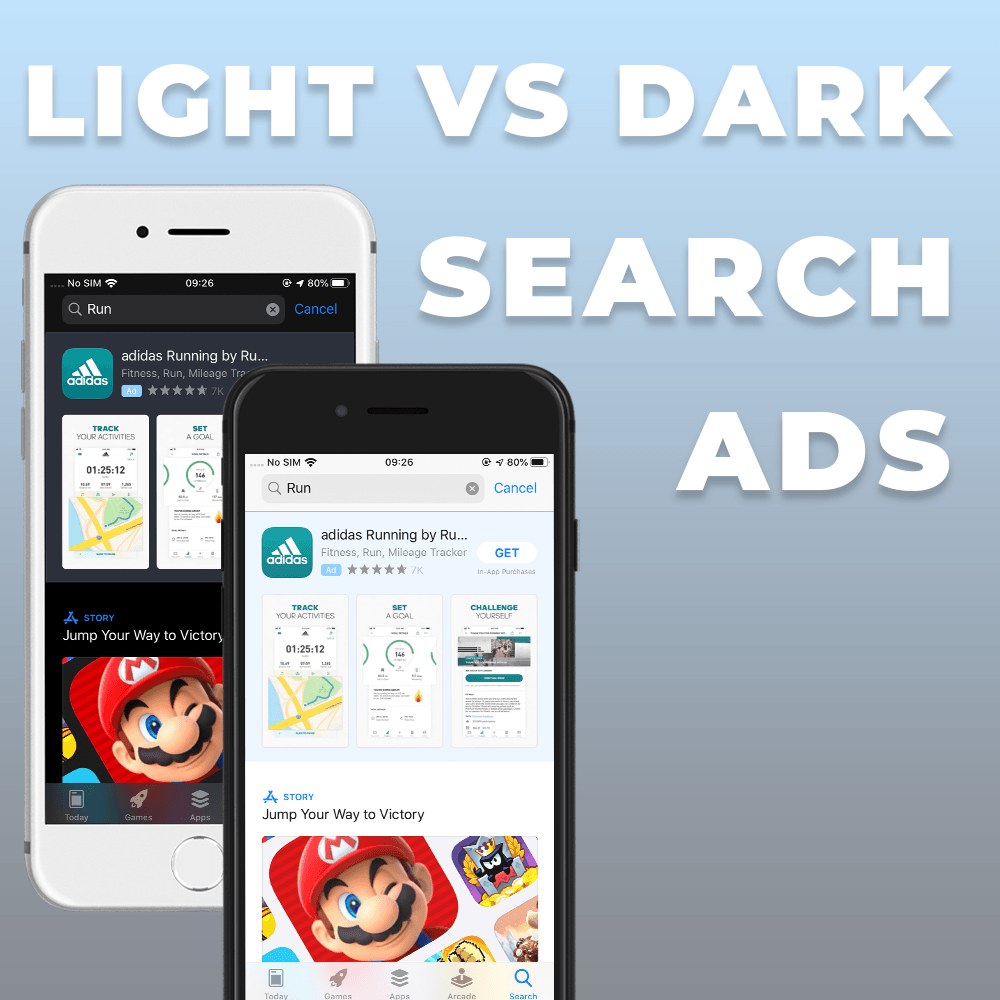 Since the launch of iOS13 a few weeks ago, exciting things have happened in the ASO world. iOS13 brought a some bigs chances to the UI of iPhones, but some of the biggest changes have happened on the App Store with the introduction of Apple Arcade and a new search tab. Today, we’re going to look at how a new UI change could be affecting yours ads on the App Store. Here at The ASO Project, we were all extremely excited for Dark Mode to come to our iPhones. It adds a whole cool new dynamic to iOS – even for Apple Search Ads.

Ads in Light vs Dark Mode

Obviously, light and dark mode provide some noticeable differences in the UI of a user’s iPhone. Light mode makes everything, well, light and dark mode does just the opposite. In light mode (which was the only option until iOS13), ads on the App Store appear with a slight blue back ground and a small little “ad” graphic in blue.

With Dark Mode, Search Ads still have the same light background and “ad” graphic. However, it’s displaying on a darker background, which can make the fact that an ad has popped up more noticeable.

Something interesting we noticed is that the background of the screenshots for the ad played a role in how noticeable it was that the app listing was an ad. Lighter background, for the most part, played better with Light Mode and vice versa for Dark Mode. You can see this in VSCO’s  and 24me’s ads.

The white VSCO screenshots almost make the ad feel more natural in Light Mode, whereas they standout in Dark Mode. 24me’s dark screenshots fit in nicely on Dark Mode and are bold on Light Mode. Each look has its pros and cons, depending on what you’re looking for.

The addition of dark mode makes it a little more difficult to design effective screenshots in the App Store. The consideration of how your screenshots will look on a light vs dark background is definitely something developers should consider. Ultimately, developers and designers should test, test and re-test to find out what works for their app!

Need help with screenshots? Not converting on Search Ads? Talk to one of our ASO Pros for a free consultation today!