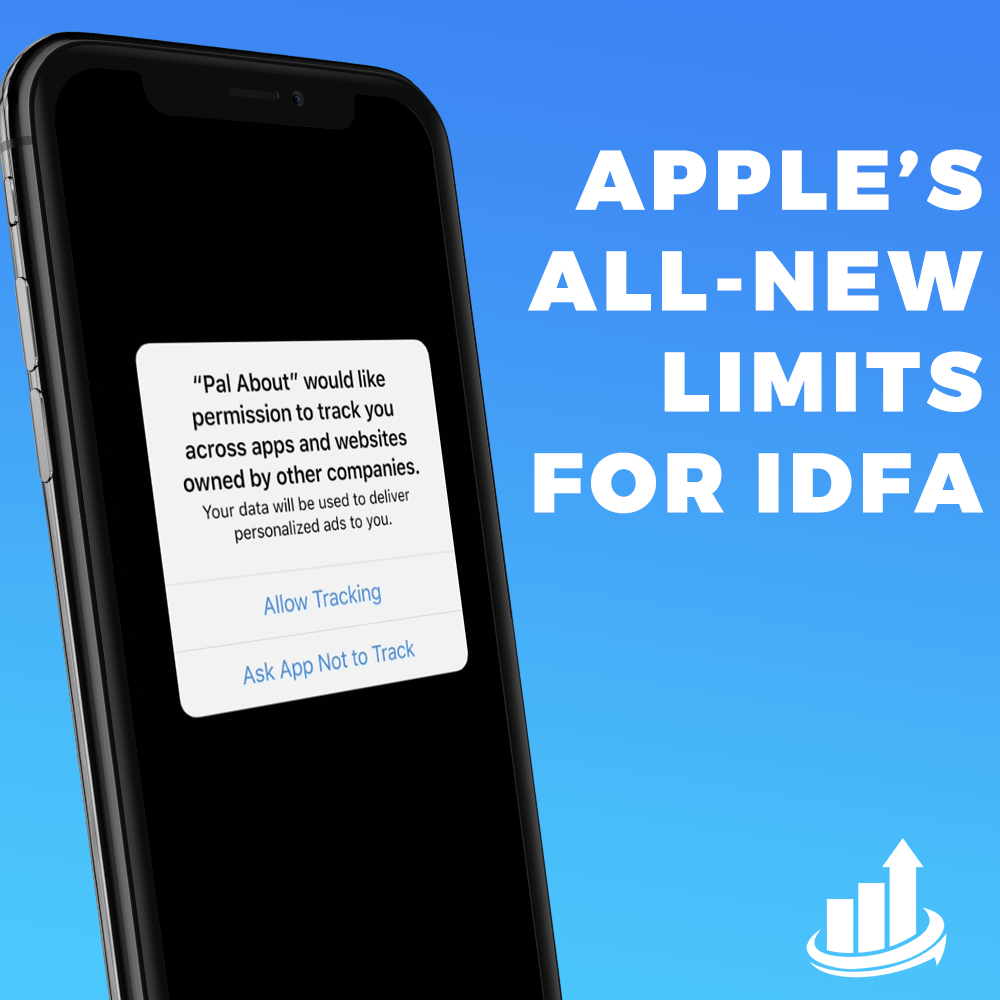 We all know Apple’s big thing is privacy, privacy, privacy. They’re constantly coming up with new ways to protect and promote users’ privacy. As an iOS user, I kind of appreciate it… But, as someone who works with apps and detailed metrics/KPIs, it can be a little annoying. It sometimes feels like Apple is intentionally trying to make it more and more difficult for developers and app marketers to do their job and make money from apps. Now, as most of you know, Apple is specifically taking aim at the IDFA.

The IDFA (Identifier for Advertisers) is a random device identifier and lets mobile marketers see how effective their spend is. Companies such as Adjust or AppsFlyer practically make their living from the IDFA. On their website, Adjust says that “IDFAs are important because they are an accurate means to track iOS users.” If you run an ad, an IDFA lets you know if a user clicks on, installs and/or makes purchases as a result of seeing that ad.

Currently, iOS users have the option of limiting ad tracking (LAT on users). When a user has this option toggled on, they can’t be tracked. Adjust estimates that about 20% of iOS users are LAT on users. By making IDFA an opt-in experience, the numbers of untraceable users are sure to sky rocket.

Apple is not getting rid of IDFA altogether. When your advertising platform brings in billions of dollars a year, it’d be crazy to do something to drastically rock the boat. They aren’t deleting IDFA per say, just alerting users to its presence. Now, instead of having to dig through settings to toggle LAT on, users get a pop up for every. single. app. Users can either allow tracking, or not. Want to wager how many will click the “Ask App Not to Track” button?

The biggest, and most obvious, issue with limiting the IDFA is that the number of users marketers can track will drop exponentially. We’re losing out on being able to concretely track and quantify a huge number of users. App Annie estimates that iOS users spend about twice as much as Android users. 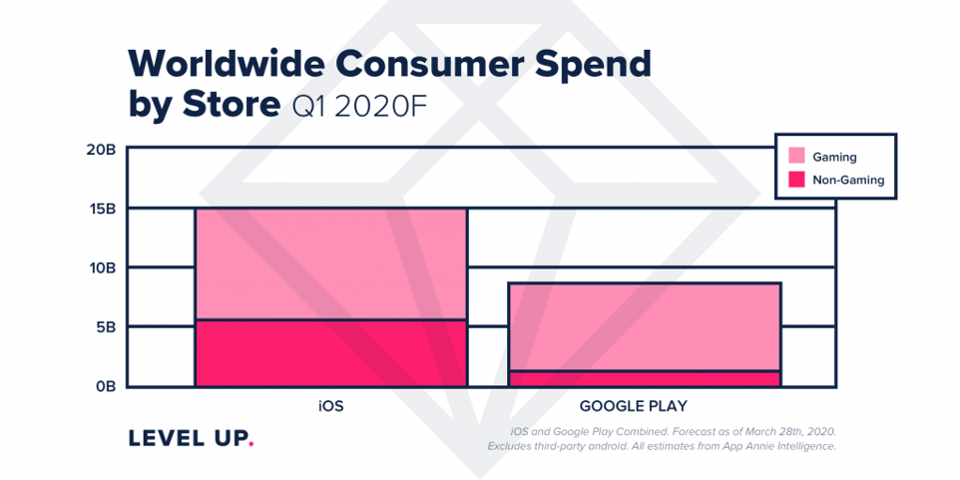 Being able to track users and how valuable they are to an app, there are a few other mobile marketing tricks possibly at risk. With no way to track whether or not a user has interacted with your app or an ad of yours before, retargeting strategies are now endangered. Who knows whether or not a user is a new or returning user? Definitely not you and me, not anymore.

Demographic data is also likely to become scarcer. Right now, you can see whether your app does better with males or females, people under 30 or people over 50 and maybe even iPhone versus iPad. If all of your users suddenly become impenetrable, blank slates, that could drastically hinder the way some apps market themselves, or target specific demographics.

The new IDFA regulations are part of iOS 14, so it’s pretty likely that we won’t see it on user devices on a mass scale until September. However, that doesn’t mean we can’t start preparing now. Unlike pandemics, natural disasters, recessions or anything in between, Apple’s given us a heads up at their latest “user privacy Armageddon.” Better take advantage of it.

Need help optimizing your app? Not sure what to do about the new IDFA opt-in? Talk to one of our ASO experts today!