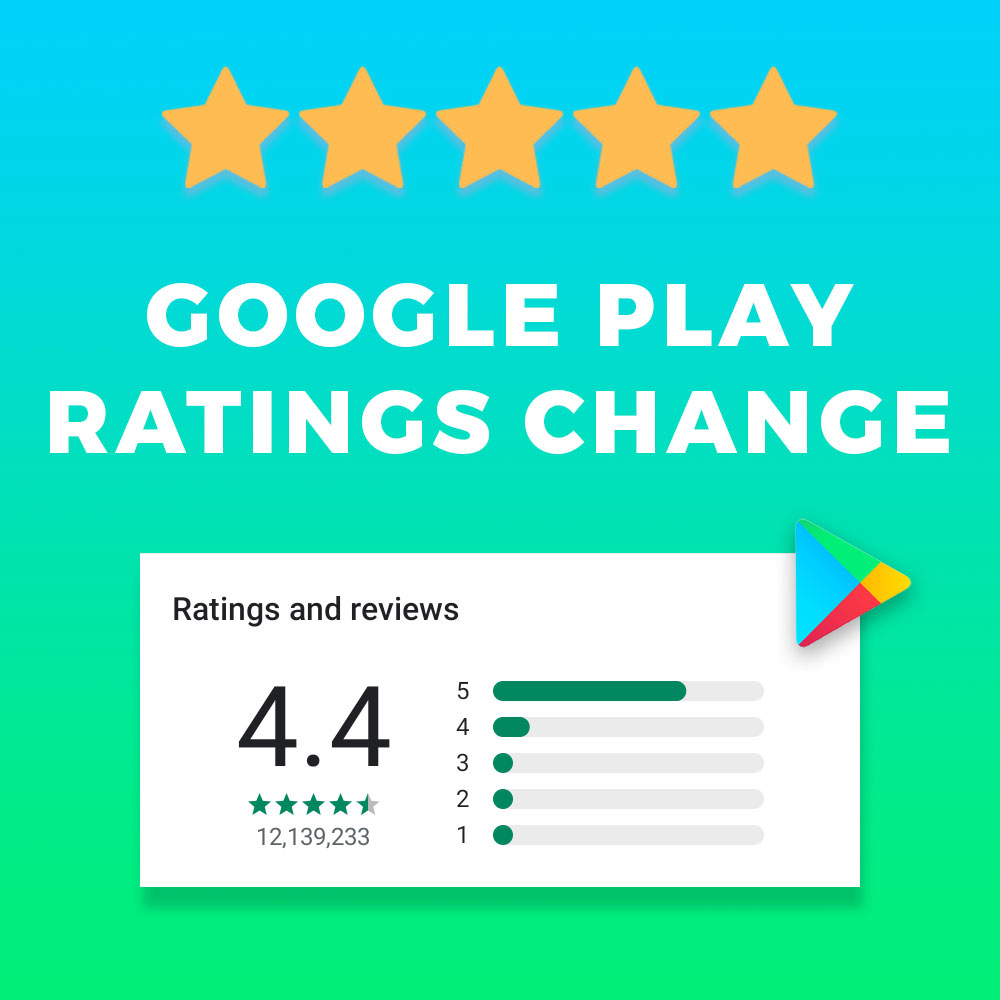 While app ratings have always been a vital part of ASO strategies, Google’s new rating algorithm can make it easier to improve your overall ratings. Let’s look at the new algorithm and some of the ways you can improve you apps rating.

How ratings will now be calculated

Before, Google’s rating algorithm took into account all ratings your app ever received. If your app received a lot of low ratings early in its life, you were almost guaranteed to never hit a higher average. Now, the algorithm more heavily weighs reviews for the most recent version of your app. This way, if a previous version of your app bombed in ratings, but your newest version is loved by all your users, you can get a higher rating still. The flip side is that if your app’s quality decreasing with an update, your rating can go down much easier.

Since ratings are now skewed towards your most recent app version, it is theoretically easier to improve your app rating. Here are a few quick ways to increase your rating for the most recent version of your app:

Ask for ratings: Since ratings for the most recent version of your app are now the most important, you need to have ratings for the most recent update. This might require asking for reviews more frequently after you update. There are rumors of Google adding a native in-app review feature in the future. XDA Developers discovered a new Activity in the 15.9.21 Play Store APK named: “com.google.android.finsky.inappreveiwdialog.InAppReviewActivity.” While the new Activity doesn’t currently do anything, it does hint to what Google may be working on in the future.

Read your reviews: You should always be using reviews to see what is and isn’t working for users. However, with Google’s app rating change, this is even more important. If you notice a bunch of users asking for a specific feature or complaining about something, then make sure that item gets focus in your next update.

Reply to negative reviews: If you had an app update that got riddled with negative reviews about bugs, respond to them! If a user took the time to point out a bug, take the time to let them know you heard them and you fixed it — and invite them to re-rate your app!

Google put out three key areas to focus on in your app in order to see long-term improvement in your ratings.

You can check out Google’s Developers blog to see more of the ways that Google recommends increasing your app quality — which can only lead to better reviews! The new ratings system can be the change your app needs to see rating increase. Set your app up to reap the benefits of the new ratings change.